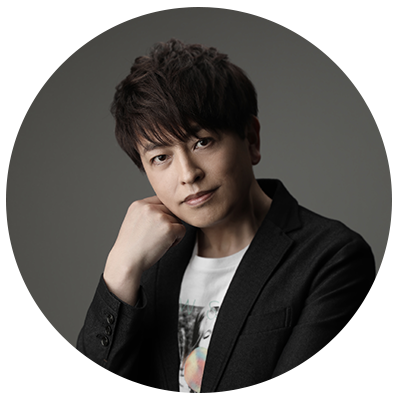 Hikaru Midorikawa is a veteran Japanese voice actor affiliated with Aoni Production. The list of Mr. Midorikawa’s credits in his decades-long career is quite impressive, and he is arguably one of the most well-known voices in the industry. Old-school anime fans will recognize his iconic voice as Tamahome (Fushigi Yuugi), Heero Yuy (Mobile Suit Gundam Wing), Zelgadis Greywords (the Slayers series), and Kaede Rukawa (Slam Dunk). More recently he can be heard as the voice of Tenshinhan (Dragonball Z Kai/Super), Best Jeanist (My Hero Academia), Zora Ideale (Black Clover), Lancer (Fate/Zero), and Eiichi Otori (Uta no Prince-sama). His game credits include Marth (the Fire Emblem series), Akihiko Sanada (the Persona series), Mitsuhide Akechi (the Samurai Warriors series), and Leon Magnus (the Tales of series). Remember that guy in the white suit during the animation sequence of Kill Bill: Vol.1? Yeah, that was him too.

FanimeCon is proud to host Mr. Midorikawa in his first American appearance in 20 years. Join us this Memorial Day weekend for a pre-recorded panel with this amazing veteran voice actor and be on the lookout for more!

Want to be a part of the FanimeCon Family? Joining staff is a great way to meet new people and help shape the con you love! Positions are open for this year's virtual FanimeCon and for 2022. Apply here: http://fani.mobi/staff21 https://apps.fanime.com/2021/staffapply

FanimeCon’s Autographs team are proud to offer a little bit of the at-con experience brought straight to your door-step: Exclusively for 2021, we will be holding an online giveaway of foil print FanimeCon posters signed by Guest of Honor Hikaru Midorikawa! https://fani.mobi/339x0gg

Want to up your cosplay skills? Perfect your Gunpla technique? Ask @VampyBitme ! As a FanimeCon 2021 GoH, Vampy wants to answer YOUR questions during her virtual panels on cosplay and Gunpla (Gundam plastic models)! Reply here with your questions and maybe she'll answer them!