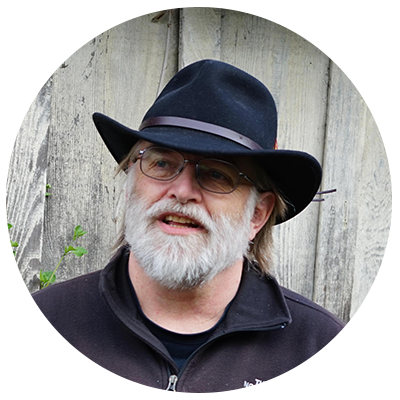 Since retiring, former librarian Gilles Poitras has been using his expanded spare time to read manga, watch anime, research Japan, and take naps. He also hopes to have more visits to Tokyo, a city which is the subject of his latest book, Tokyo Stroll. The book is a guide to the best Tokyo neighborhoods to randomly wander about in. Currently, he is working on two other books at a far-too-slow pace.

After discovering world cinema and anime in college, Gilles began exploring what little was then known in English about anime. In 1990, he received a phone call from a friend who had discovered Cal Animage Alpha, a new student club devoted to anime at U.C. Berkeley, and he began attending their meetings. He was hooked. Since then, Gilles has written four books on anime and Japan; The Anime Companion, Anime Essentials, the Anime Companion 2, and Tokyo Stroll. He has also written for NewType USA and Otaku USA, and was a member of the senior board of Mechademia.

Over the years, he has done in-depth presentations on anime for many organizations -including the Asian Art Museum in San Francisco, the Smithsonian, and Pixar- as well as at many conventions.

Gilles has been a long-time guest at FanimeCon, and this year he’ll make you yearn to wander the streets of Tokyo or visit a haunted shrine with his panels on Japan’s supernatural creatures and traveling in Tokyo! Welcome back, Gilles!

🎉 Gilles Poitras (@GillesLPoitras) will be attending FanimeCon 2021 (virtual) as a Guest of Honor! 🎉 https://fani.mobi/3e1IkA4

More details (including registration and programming information) will be posted at a later time!

2) Interested in collaborating on events? Send us a DM or email to games@fanime.com - we're still taking ideas 🎮

A quick poll: what do you want to see in our virtual Gaming Hall @ FanimeCon 2021?

Got an awesome idea? Let's hear it!