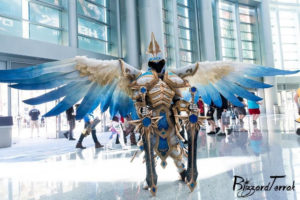 Masquerade will be hosting two events for the FanimeCon 2021 Virtual Celebration.

Please join us for a “Cosplay Competitions Q&A” featuring two of our wonderful judges, Oliver “Kohalu” Holmes and Lilith “Liliphae” Holmes, being interviewed by Alari “Rembulan” Stark of Rembulan Cosplay.

We will also host two retrospective “Best of FanimeCon Masquerade” video compilations, courtesy of ACParadise, presenting curated favorite skits from the past. 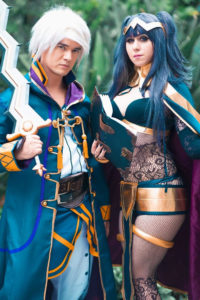 Oliver “Kohalu” Holmes loves cosplay in all its aspects and is a crafting expert. He appreciates the
hard work and craftsmanship of the cosplay community, and enjoys seeing its presentation both in the
convention halls and at the Masquerade! He has been invited to countless conventions out of state as
well as out of the country, worked with companies like Wizards of the Coast and Riot Games as a
professional cosplayer, and has over 10 years of experience under his belt!

When he isn’t going to conventions as an attendee, Kohalu finds his biggest joy in giving presentations
on cosplay and being wowed by contestants as a Masquerade judge. He and his wife, Liliphae, also
operate a successful 3D printed prop commission store and have been known to completely fill panel
rooms whenever a demonstration of their work is presented! 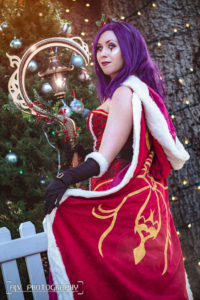 Lilith “Liliphae” Holmes is a half-serious/half-just-for-fun cosplayer and model who made her debut
at FanimeCon 2014. She subsequently became known for her unwavering involvement in the Northern
California cosplay community and her array of versatile costumes.

She has previously judged cosplay contests at several California conventions including SacAnime,
Cos-Losseum, and even a previous FanimeCon! Since then, she has traveled up and down the state of
California (and beyond!) to be a guest of honor, attend, and judge at conventions. She is continuously
expanding and sharing her knowledge of the art of cosplaying, and the effort and work that it takes to
make something you are proud of!

As of 2020, while taking a break from cosplay and conventions, Kohalu/Liliphae entered the
resin 3D printing market and now run one of the most popular Etsy stores for tabletop gaming dice. 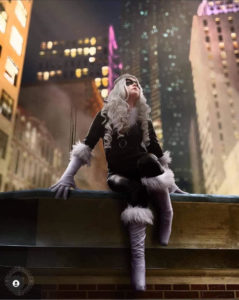 Alari “Rembulan” Stark is newer to the Cos-Scene, having only cosplayed for 5 years… of course, not
counting her school years of closet cosplays! When she’s not cosplaying (and even when she is!) you
can see her spreading positivity and the importance of mental health in and out of cosplay, and she even
runs panels on the topic. Her bigger skill sets include corsetry, heavy wig styling, swimsuit making, and
shoe making. She grows and learns more and more every day, sharing her knowledge on social media
and in panels so others can learn from her mistakes and triumphs!

Thank you to everyone who attended Virtual FanimeCon 2021! We definitely felt all the love and community that all of you bring to con each and every year! We're excited to announce that FanimeCon 2022 Registration is Open! https://fani.mobi/3wjA3zq

Thank you to all the attendees that attended Virtual FanimeCon 2021 and all of the many volunteers that made it happen! Until next year! https://fani.mobi/3vBy7ln

Retweet on TwitterFanimeCon Retweeted
May 31, 2021

We still got a bit of Skullgirls action on our channel, then Jackbox next!
https://www.twitch.tv/fanimecon